As I already mentioned in A little history about me, with my first biped I encountered several obstacles, the price of the servomotors and their quality were the biggest determining factors. For my second biped (I already had a job), I decided to go overboard and not to look at the price of the servo motors. I wanted powerful ones, of good quality and that the passage of time and use didn't harm them. I ended up buying the Hitec 5990TG, servo motors with 30Kg/cm of force and titanium gears. I got them at a very good price, with an extraordinarily favorable euro-dollar exchange rate. Even so, the price of the biped had tripled and after its use I detected a new problem, they were powerful and of clearly superior quality to the ones I had before, but they were still "stupid". Finally and for different reasons (among others the exorbitant price of building a biped by hand), I stopped building bipeds and turned to the cars (line-followers, trackers...). 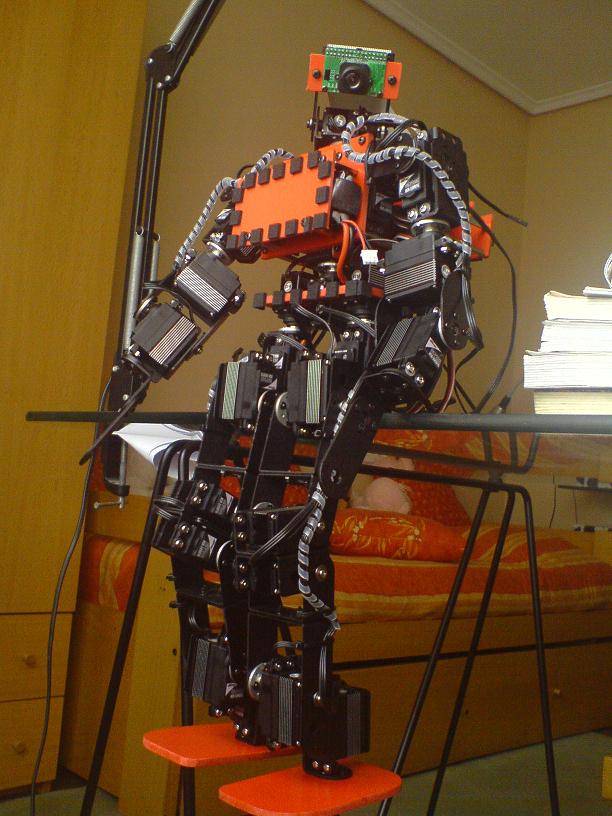 Almost 6 years have passed, I have remained linked to robotics all these years but I always had a thorn in my side, I never reached the full potential that mechanically the very expensive 5990TG had. Nowadays, 3D printers have also become popular so there are new opportunities to own new designs, cheap, light and easy to implement. With the idea of ​​recovering those 5990TGs I came up with something better... Why not instead of dumb servos with excellent mechanics modify them to have clever servos with excellent mechanics? And, since we are going to design something new... why not make it in such a way that they would be compatible with future servos that I may buy? The truth is that China is no longer what it was only 7-8 years ago and now if you really know how to search, it is possible to find good quality hardware at a more than affordable price.

Said and done, I already have a new project in mind! 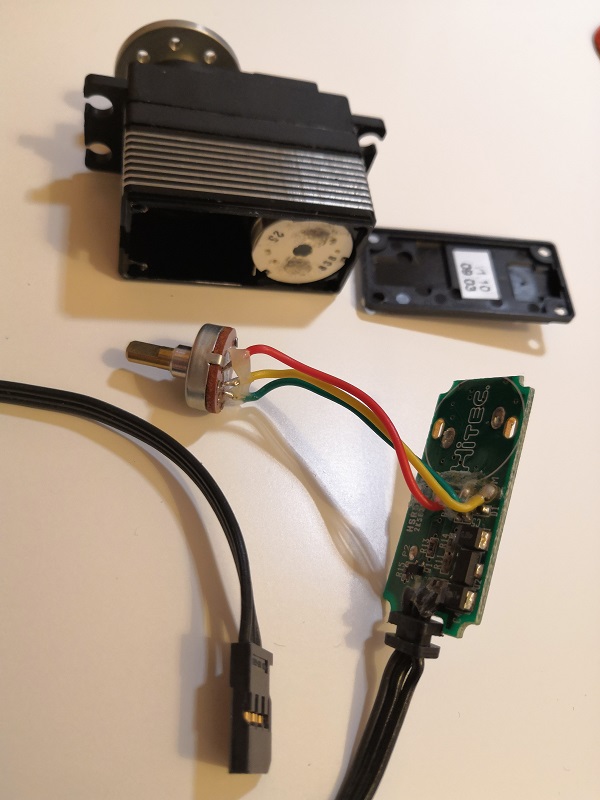 The idea is to design the electronics of the servomotor to turn a servo into a "smartServo". In addition, I will try to make it as standard as possible in size and shape, so that it can be adapted not only to my Hitec's but to powerful and cheap servos from China (for example) to obtain a servo (servo + electronics) for less than 45-50€ but with characteristics of a servo of 150-200€.

Characteristics:
It is intended to achieve superior characteristics than today's smartServos whenever possible: